BEETLTRA PTY. LTD. is an Australian Owned company established to develop a safe and effective solution to the problem of Small Hive Beetle.

After trying a number of ways to control Small Hive Beetle (SHB), we chanced upon using a tray underneath beehives to catch SHB. 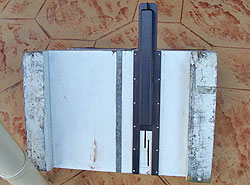 Fitted to the underside of the hive, BEETLTRA removes the most labour intesive job to get a clean bee box and shake all the bees and beetles onto a hive lid and kill the beetles.

While doing our product development, we noticed several things in beetle infested hives:

The trays are mounted into slide rails so the tray can be slid out to inspect and clean without opening the beehive. We recommend using garden lime or hydrated lime to kill beetles and grubs caught. The trays can also hold liquid. The lime can be sifted and re-used or placed safely in the garden. 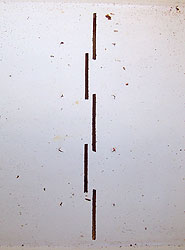 BEETLTRA recommends cutting slots in the base of bee boxes. During product development we experimented with various sizes and hole types. Slots are the most efficient way to catch the largest quantities of the small hive beetle.

Benefits of the Beetltra trap design

Fitted underneath the beehive (not inside) BEETLTRA assists to keep the hive floor and walls clean from beetle fouling. Additionally, exterior fitting means the trays are checked from outside the hives.